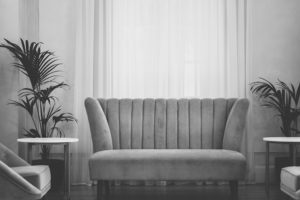 It is February 2013. I am sitting, jittery and alert, on a couch beneath a large window in a psychiatrist’s office. Behind me through the window is the busy, bustling college town of Provo and the gorgeous landscape of the majestic Utah mountains. My husband is sitting next to me.

I am listening to a psychiatrist, young and authoritative, tell me about the symptoms of what he has just termed “Bipolar 1 Disorder,” and describe to me in detail, with the assistance of some mostly-legible writing on a blank sheet of printer paper, the different medications used by psychiatrists and their patients for treatment of these symptoms of a “severe,” “high-risk” disorder.

I have just spent the better part of half an hour describing to him my personal history relating to “mental difficulties.” The main experience of my life up to this point, relative to this matter, has been my time at 16 years old attending a boarding school in Interlochen, Michigan, where I “went crazy” (my words in 2013). I was accepted there to study creative writing, an exciting opportunity. Shortly after arriving, however, I began going with very little sleep for weeks at a time, getting lots of obsessive ideas, skipping lots of class and assignments by accident due to huge distractibility and an inability to keep track of time (all very uncharacteristic of my prior self), climbing trees, jumping in lakes fully clothed “for the heck of it” in the middle of the school day, wandering the school campus playing out paranoid, Holocaust-like scenario drills in my head, becoming a social hermit at times, engaging in compulsive behaviors, becoming certain that specific teachers were “out to get me,” and in general losing touch with a “normal” sense of reality.

“This is a pretty by-the-book experience of Bipolar Disorder,” the psychiatrist says, after I describe everything to him, including the 2-3 month depressive crash I experienced following my return home at Thanksgiving break. (I did not go back to boarding school after Thanksgiving, at the discretion of my — obviously wise — parents.)

Here’s the thing. When I was first diagnosed with bipolar disorder (in that very office in Provo in 2013), it had been 6 years since that last (and only) severe bipolar episode had occurred in my life. I had been coping, unbeknownst to myself, with a serious and difficult mental illness since that time, in whatever way I could — not realizing, during that entire 6 years, that I even had a mental illness at all. I had coped “just fine” this entire time, without medication, without therapy, without even knowing what “bipolar disorder” was. In that time I had finished my time at high school, graduated college with a bachelor’s degree, and gotten married. So why on earth would I need medication now?

The only reason I was sitting in that office to begin with, after having carried on with my life for the previous 6 years, is because I had just witnessed, a few weeks earlier, a very dear friend of mine in the throes of a serious manic episode (quite similar to the one I had experienced at 16 years old). I had accompanied this friend to the emergency room, where assessments and emergency treatment were given, and then I had visited this friend in the psychiatric hospital following transfer. I had seen everything happen, from beginning to end of the episode, and had then learned from talking to nurses, therapists, and a psychologists, that what my friend was going through had a name, a diagnosis, and an actually very logical explanation.

What? “Crazy” behavior can be described, diagnosed, and defined with predictability? I had no idea until that point.

I had been living the last 6 years not knowing or understanding what had happened to me at boarding school, and as a result, always “wondering” whether or not it could or would perhaps happen to me again, without my control. The thought had always (understandably) terrified me, though it had kind of sat dormant in the back of my mind for the most part. Now I had a logical explanation for what happened, and was beginning to understand that there were ways to deal with these types of things and experiences reasonably and in an informed, educated manner.

I have never been one to like taking medication. I have been very fortunate to have never been prone to illness and I have never been afflicted with any serious medical difficulties. Up until that time sitting with the psychiatrist in 2013, I could probably count on one hand (maybe two) the number of medications I had taken in my lifetime, and these would have included Tylenol, ibuprofen, and Vitamin C. My husband was also not accustomed to taking any medication. In fact, neither of us really went to the doctor at all, except for the occasional necessary well-visit physical. The thought in both of our minds was essentially that medication is mostly unnecessary.

You can imagine my immediate response to the long list of medication options being written on that sheet of paper for me by the psychiatrist. He outlined which ones he recommended for my situation, given my history and diagnosis. To begin with, he was prescribing just one medication — a mood stabilizer — which “should alleviate any symptoms of depression” I experienced on a regular basis, and which “would prevent manic episodes,” for the most part. If I did begin to experience any new symptoms of bipolar mania, I could come back in for a follow-up visit and be prescribed something more effective for actually treating mania — an antipsychotic, one from a modestly extensive list of options now written out for me on this paper.

I told him that I didn’t really want to take any medication, since I had functioned “fine” for the last 6 years. He said he understood my hesitation. He still strongly recommended that I begin taking the medication, given the severity of my diagnosis. He said he would prescribe the medication, and I could choose to have it filled at my pharmacy or not. I knew right then and there that I would not. (And I did not fill it.)

It wasn’t until 3 years later, in 2016, after being hospitalized for another serious manic episode (the 2nd in my life), that I first received medication for treatment of my condition. At that time I was brought to the emergency room where I received doses of a few different antipsychotic medications (including Geodon and Haldol) to bring me down from the severe mania. I then entered a psychiatric hospital, where I began taking a regular dose of one particular antipsychotic (Zyprexa), and a regular dose of a mood stabilizer (Lamictal), both of which helped me to reduce the mania significantly, and then prepared me to become mentally stable for the long term.

I continued to take Zyprexa and Lamictal daily for about 6 months after my hospitalization in 2016. By that time, my mania had subsided and was no longer an immediate issue, and I found that the Zyprexa was making me very tired and sluggish throughout the day. I visited with my psychiatrist, and under his supervision, I lowered my daily dose of Zyprexa over time and then eventually stopped taking Zyprexa. I continued to take Lamictal daily, and to this day I still take Lamictal each day to curb my bipolar depression and to prevent any major manic episodes. I also currently take another medication (Trazodone – which I use as a sleep aid) as needed for sleep (usually about 1-2 times per week, just on the days I have trouble getting to sleep), which allows me to also curb and manage bipolar mania and hypomania (you can read in my series on mania and hypomania about sleep and its role in my management routine).

In the last five and a half years or so since being diagnosed with bipolar disorder, I have talked to many different people about mental illness (and with that, medication). At first I did not share my diagnosis with anyone except very close family and a few friends. Over time I found I had the desire to open up about my mental illness to more people and have talked to people from all different areas of my life about these issues related to mental illness. I have talked to people in professional settings, during and after mental health presentations I have given, and in casual conversation with many different friends and acquaintances.

And what have I learned?

I don’t plan to address all the concerns held by those who oppose the idea of taking meds for psychiatric illnesses. I realize there are reasons, justifications, and some strongly held ideals. I definitely don’t expect (or really have a desire) to change other people’s opinions, and I certainly don’t expect to single-handedly combat the stigma against taking psychiatric medication (especially in a single blog post). But I will propose a couple of thoughts that I consider important, and definitely worth considering, on this topic:

So even if you hold a very strong viewpoint that medication for mental illness (of any type) is unnecessary — and it is your right, just as it is your right or anyone’s right to hold any strong viewpoint they choose, to do so — I would beg you to please consider the people in society who are currently avoiding taking medication for a mental health condition as a result of this viewpoint being widely perpetuated in society.

There are some people who are able to cope and live with a mental health condition without utilizing psychiatric medication. Those who find themselves able to thrive without medication even while living with a serious mental illness, I am very happy for (and I consider them very fortunate)! But there are many people whose lives could be significantly improved by the simple addition of a regular psychiatric medication (similar to a diabetic taking a regular dose of insulin – this comparison is drawn up frequently in the mental health community because it gives a frame of reference for what normalcy or lack of stigma might look like).

Let’s be compassionate and considerate of those whose situations we do not fully understand, and let’s be part of a better conversation about mental health! One in which we support ourselves and others in seeking treatment for mental health challenges — all kinds of treatment: therapy, medication, regular exercise and healthy eating, sleep management, social and moral support — so that we can all find greater comfort and peace in our day-to-day lives.

If you have questions about mental illness, bipolar disorder, or any of my specific experiences with these things, or with medication, feel free to leave me a comment or a message. I love to talk mental health.